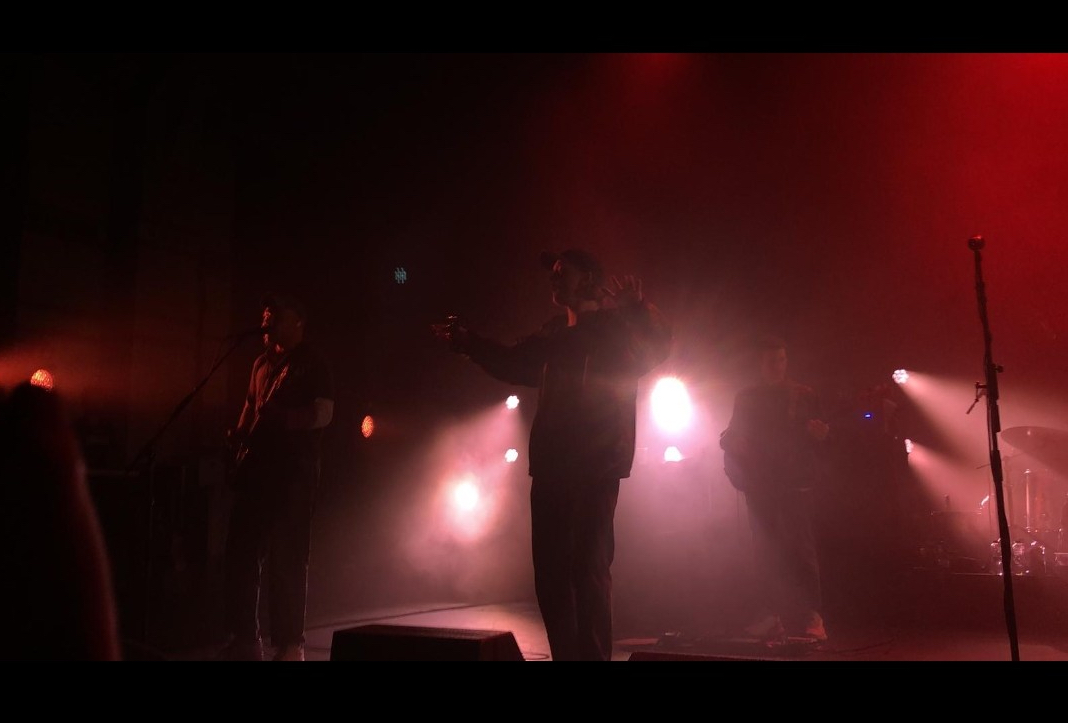 Pleasant surprise. Double doors flung open as bodies rush for quick cigarettes. A gratifying wall of sound washes over my body and I bless the high ceilings of the Corn Exchange, witnessing chords melt into the vast space above my head.

I had no previous knowledge of DMA’s except for a slapdash description of their music: Australian Oasis. It is best not to trust statements like this. Despite the windcheater and loose swagger of the frontman, the band had more in common with shoegaze acts, boasting irresistible pop melodies and a swirling chorus of instruments designed to melt the brain.
Every track was an attempted anthem; darkly hypnotic but uplifting and energetic. There were great melodic moments, but being unfamiliar with the idiosyncrasies of the band, I found myself floating between songs, a faint voice in the back of my mind wondering whether the track had changed.
The ever-widening pupils of Cambridge Youth made this a night to remember. Dedicated fans became one grossly sweating mass in the final third, the claustrophobic wriggling coming dangerously close to a mosh pit. This well placed hooliganism combined with youthful energy created an atmosphere seldom found at gigs in the local area.
The charismatic frontman Tommy O’Dell flourished under the spotlight, effortlessly keeping the crowd in his palm. To his right, guitarist Matt Mason looked at times like he was trapped in an LSD nightmare, a great spectacle in-keeping with rock tradition, his playing unaffected as he became one with the rhythms.

If you are a fan of anthemic indie pop with an interesting slant, or have a blind yearning for the 90s, DMA’s will give you the nostalgic cataracts you need, as you either sway to the ullulating rhythms, or jostle like a gentleman in the tar pit.