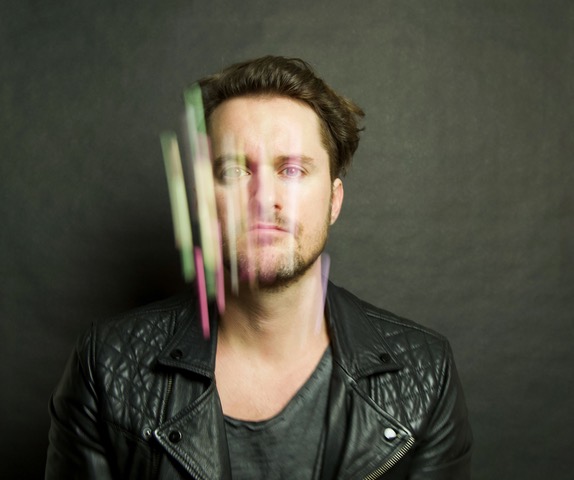 If you’ve watched TV at any point over the last few years, you’ll have heard American Authors “Best Day of My Life”.

It was in ads all over the world for ages. Which makes sense, because it sounds like it was written and produced exclusively to soundtrack cars roaming through country roads and people sitting around a bar laughing while they hold a beer up with the label facing the camera.

Thankfully, the band’s guitarist has aspirations beyond writing songs to sell Hyundai’s. Under the alias, Van Bellman, New York musician Zac Taylor is using his decade’s worth of experience to strike out on his own.

His decision to put out his songs one by one indicates a willingness to show different sides to his talents with each release. His latest, “All the Time” is another example of his versatility.

His first two singles, “I Hate to See You This Way” and “Gold & Blue”, showcased a knack for heavy riffs and big hooks on par with his 2000s contemporaries.

“All the Time”, however, marks a turn into slower, more heartfelt work. “All the Time”, with its sweeping strings, gorgeous melodies and words of heartbreak, is more reminiscent of 50s doom’n’gloomer Roy Orbison.

Like Orbison, Bellman makes a song that could’ve been mawkish sound genuine and honest. It helps that the production further elevates the material.

The sweeping strings perfectly compliment the varied instrumentation,  every listen revealing a different sound. There are gorgeous gliding slide guitar lines working alongside harmonic backing vocals, creating a grand feel for such a simple, easy-to-enjoy tune.

“All the Time” isn’t perfect though. It’s clear that Bellman is a musician first and a lyricist second.

While the simple lyrics do fit with the basic subject of “guy obsessed with girl”, there’s nothing that stands out word-wise.

But this song highlights a talent who’s willing to work under different styles. With this detour from the storming rock of his prior singles, it makes you excited to see what else Bellman has up his sleeve.