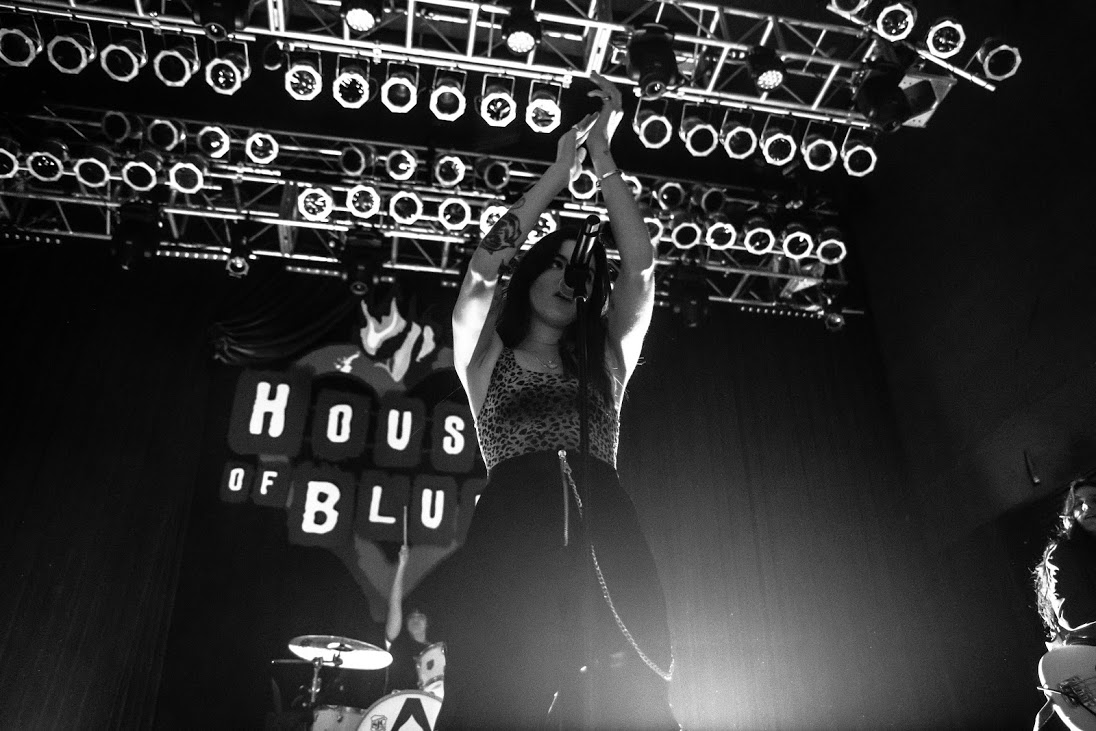 We recently had the chance to check out The Aces in San Diego, CA. The first thing that stood out about this show before the band even took the stage was their fan base.

They started lining up early in the morning to try and be front row, and once doors opened they raced down to get as close to the stage as possible.

Once The Aces took the stage you could barely hear the music over the screaming, and that’s when you know it’s going to be a good show.

It is rare for a band to sound as good live as on their record but The Aces accomplished that.
It’s been a decade since The Aces, which include sisters Cristal Ramirez (vocals, guitar) and Alisa Ramirez (drums) and friends Katie Henderson (guitar) and McKenna Petty (bass guitar) first formed, and it radiates through their polished sound and performance.
They are growing at a rapid speed and were so lucky to have witnessed them during this stage in their careers.
For more information on their tour visit www.theacesofficial.com
Words and Photography Naz Massaro