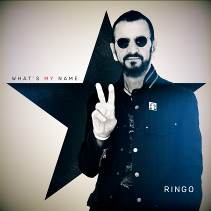 Ringo Starr has announced his 20th studio album with his latest single, ‘What’s My Name’ to be released October 25, 2019.

A preview has been released of the song whereby we hear Starr’s booming voice over what feels like a very blues inspired track, especially due to the prevalent use of the harmonica. Listed under the genre of pop rock, this is nothing completely out of the ordinary for Starr but a welcome addition to his list of releases. Its edge is provided by its rocky sound due to the dominance of the guitar.

This is part of a series of heartfelt and homespun records that Starr has produced in his home studio. We find a repeated cast of friends and musical characters playing along with Ringo. This includes Paul McCartney, Joe Walsh, Edgar Winter, Dave Stewart, Benmont Tench, Steve Lukather, Nathan East, Colin Hay and more.

Starr explained his distasteful relationship with the recording studio and said: “I’ve had enough of the big glass wall and the separation. We are all together in here, whoever I invite over.

“This is the smallest club in town, and I love it, being at home, it’s just been good for me and the music.”

The musician has also brought Paul McCartney into his work for a rendition of ‘Grow Old with Me’, originally penned by Beatles bandmate John Lennon.

Famously one of the last songs written before Lennon passed, Starr claimed he was inspired by record producer Jack Douglas.

He said: “Jack asked if I ever heard The Bermuda Tapes, John’s demos from that time. And I had never heard all this. The idea that John was talking about me in that time before he died, well, I’m an emotional person and I just loved this song.”

The songwriter spoke of his joy when McCartney agreed to play on the track.
Starr explained: “The other good thing is that I really wanted Paul to play on it, and he said yes. Paul came over and he played bass and sings a little bit on this with me. So, John’s on it in a way. I’m on it and Paul’s on it. It’s not a publicity stunt. This is just what I wanted.
“And the strings that Jack arranged for this track, if you really listen, they do one line from ‘Here Comes the Sun.’ So, in a way, it’s the four of us.”