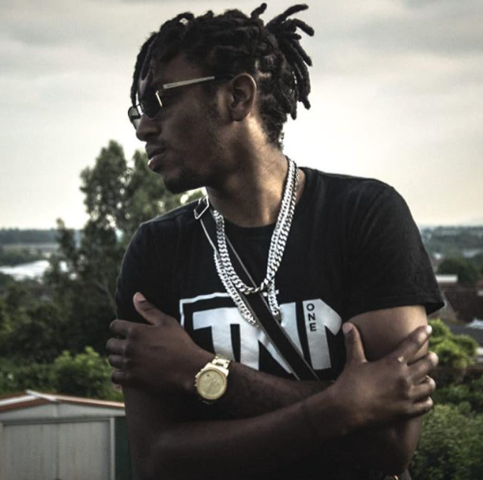 It’s fair to say that London has pioneered the U.K. Hip Hop scene with vigour since the 80’s and a Jamaican influence has always been apparent in one form or another. With artists like Roots Manuva and London Posse’s Rodney P, a Cockney – Jamaican hybrid accent was formed making way for some of the sickest underground U.K. rap artists ever, like Klashnekoff and Terra Firma.

Now, years later, and as U.K. Hip Hop has progressed and branches off into Trap, Drill and Grime, we see another wave of Jamaican, 2-Step and Afro Swing influences penetrating Hip Hop, and its coming straight from the capital once again.

Stratz is U.K. Hip Hop artist from North London with his new single and music video ‘Likkle More’. A tracked fusing and intertwining boom bap Hip Hop drum patterns with those of a more dancehall vibe, amidst conscious rap lyrics echoing the conditions of a cold North London neighbourhood. The message of the whole songs also blatantly stands out from start to finish; a ‘Likkle More’ is a paraphrased metaphor for Stratz’ friends and family to attain more success and love in life. What a nice guy!

Electronic, syncopated stabs usher in a beautifully sung and soulful female bridge vocal before Stratz’ intro overdubs gently fade in. His voice is perfect for this type of sound, with a slight twang but an apparent London accent, Stratz’ relaxed voice sets the tone for the whole piece. Chilled.

Stratz then begins to rap the hook “…have a Likkle More take some” as the 808 drums play a boom bap pattern. Sitting nicely on top, however, is a classic sounding Trap snare tapping out a more dancehall influenced drum beat to mix it all up a bit.

The lead melody is great, very catchy, and the production of the whole piece seems clean and clear.

The single is accompanied by a really colourful and fun to watch music video with shots from the studio and out in the street with friends and family.

All in all, Stratz has a cool sound, a positive message and ‘Likkle More’ is a really enjoyable tune. Definitely one for your pre-drinks playlist on a Friday night or even maybe even to blast out in the car every once in a while chanting; “ey tek a Likkle More tek some” looking really cool (or maybe not).