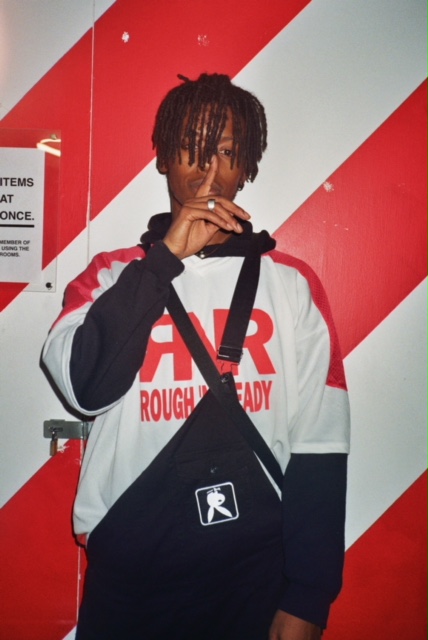 This alternative rap artist is only 20 !
This rapper is from Wolverhampton and he produces most of his own beats.
His Debut E.P is set to be released mid May.

Odox’s single -Swiper No Swipin & Prod.young taylor
The intro to the song is an audio sample from the anime Death Note. This is such a unusual sample however it really sets the tone for the song by talking about Monsters in the real world.
It made me want to listen on and feel intrigued by what was going to happen next.
This makes the track quirky, it brings it to life almost telling a story.
His singing and rapping is powerful yet he has a soft tone to his voice. The calming tone does not make his song any less powerful.
Odox’s strong lyrics capture the essence of his rap bringing it in to 2018 with a fresh new movement.
Swiper No Swipin has a hypnotic beat which draws you deeply in to the song, with almost painful lyrics sometimes making you feel really emotional throughout. “I’m sorry for all the promises” This is a dark statement.
Odox doesn’t just produce music for your pleasure the way it plays makes it feel as if you are being captured, he draws you in.
He’s unpredictable and each new song he brings, brings different feelings.
I could not fault his passion that comes across, however I am not always a fan of the mixture of volumes.
Some parts were louder for emphasis, I think it added a different perspective to what I’m used to. I think he has talent for creating a different sound and isn’t afraid to be himself.
Click here to listen to SWIPER No SWIPIN’
Words Emily Vass
Musik Magazine