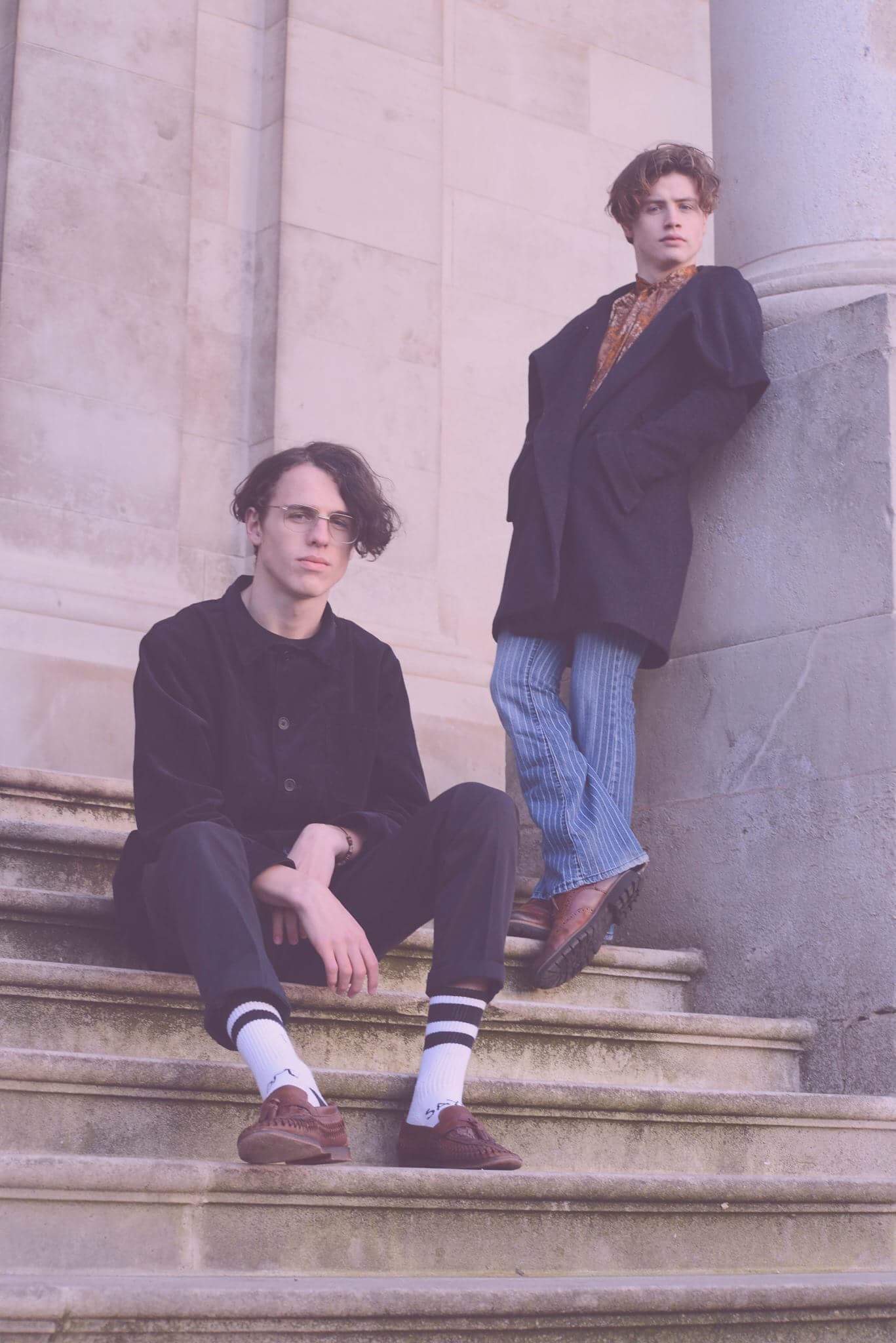 Lancaster-based Oma Desala are set for a breakout year in 2018.  The psychedelic rock duo, comprised of vocalist/guitarist Will Eagles and drummer Aaron Leigh released their most recent single Velours Parfait in early December and have bigger plans for the year ahead.  They talk all things Oma Desala with DAN MORRIS, including where that name comes from:

“Oma Desala, admittedly a character from Stargate, was the result of a dream on nature” says front man Will, “We think it, in some ways, reflects the breadth of places we take from in the music we make.”

“We’ve been working as a two-piece for around a year and a half now but just recently transitioned into playing under the name Oma Desala to reflect the more mature and experimental territory we’re moving into” says drummer Aaron, “Will’s previous band had just broken up and I was looking for a project at the time so it was pretty much perfect. Will messaged me one night and I was up for it, then after one jam we knew it was something we could build on.”

It’s clear from one listen that there a number of different influences shaping the sound of Ome Desala, Aaron agrees with that:

“Originally we were influenced primarily by blues and classic rock, especially Led Zeppelin but also Pink Floyd, Cream, Hendrix and The Doors. Since then though our tastes, both individually and as a band, have expanded massively and we’re now incorporating elements from a massive range of genres, increasingly classical and folk music as well as a significant world music element.”

“Our wide range of influences mean that (our sound) really changes from song to song; sometimes it’s very atmospheric and experimental, but we’re also not afraid of some straightforward groove. Although it’s a massively cliché thing to say nowadays it’s really hard to pin down a specific overarching genre because of how many elements we incorporate.”

Speaking of all the elements, their complex sound may seem hard to replicate live with just two bands members, but Will explains how they do it:

“In a live sense, looping is probably the main way we beef out the sound. Two-piece bands do often come with a lack of diversity in what they can realise live, but with the looping we can incorporate a larger range of instruments, such as bass, sitar & synth.”

On the subject of Velours Parfait, Will says they have had a great response to the release of their most recent single, which the duo recorded and produced all on their own:

“It’s been super positive, in particular the response we had to House Upon the Hillside, being most different from our usual material. We are straight back into writing now, aiming to build on the momentum our debut has given us. We are rather excited.”

“Recording and production has been something we have always felt drawn towards, so whenever we come to recording our own material we always seem to fall naturally into self-production. Both Velours Parfait and House Upon the Hillside were recorded in my spare room, with the minimal sum of gear we have accumulated throughout the project.”

“A large part of the sound came from the 80’s Yammy 16 track we found going to the tip in Belfast, alongside a pretty crapped out tape desk to give us some crush on the drums. Lo-fi would not necessarily fully encapsulate the essential junk yard of equipment these sessions produced, with the sonic outcome not down to sole intention, but rather the restrictions of the equipment itself. Despite this, we really like the character the pieces have as a consequence.  We meddled a lot with the vocals to give them a certain presence, with a pretty consistent use of double tracking.”

Finally, Aaron gives us an insight into what plans Oma Desala have for 2018 and how  best to keep updated with the band:

“Last year we played around 30 shows, so we aim to top that this year, hopefully with a pretty extensive leg of gigs and festivals over the summer. We’ve also had some initial label interest recently so we’ll be working towards finalising something in order to really capture what we’re working towards in terms of a more orchestral and expansive soundscape on an album and possibly in live performances. The best way to keep updated is usually through our social media, so if you’re interested in following our progress then that’s the best way.”