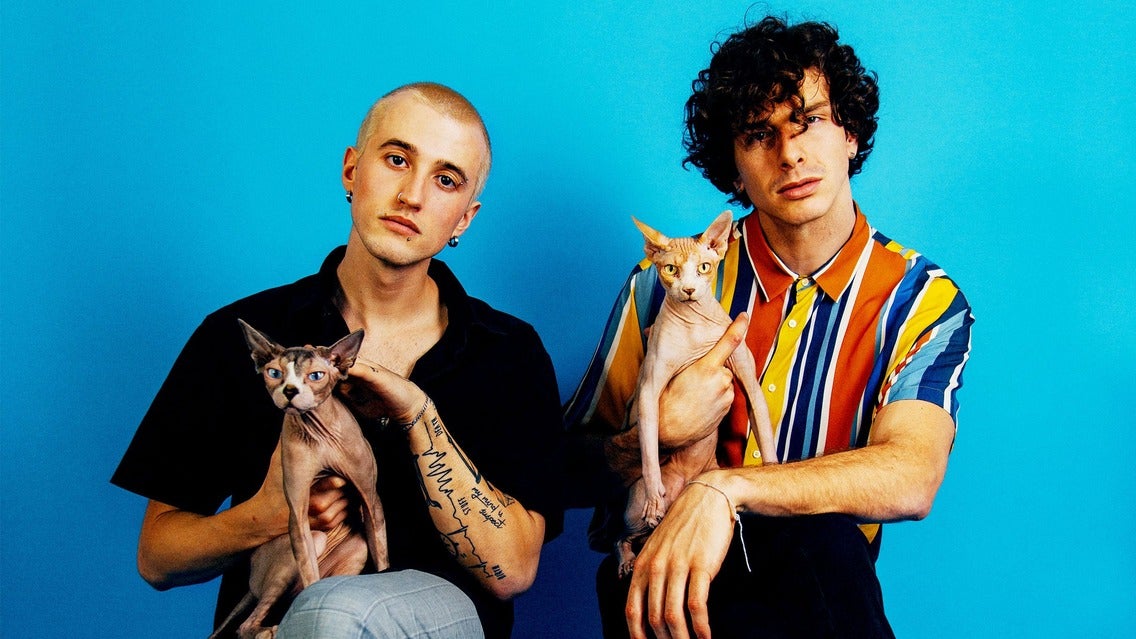 Alt-Pop duo Moby Rich is set to perform for the first time in San Diego on March 5th at The House Of Blues and we couldn’t be more excited.

LA two-piece Moby Rich turn melancholy song craft into bold, pop hooks and visuals. The pair—Maxwell Joseph and Connor Pledger—relocated to LA in 2015 from Indianapolis and Atlanta respectively in search of, well, anything. In a moment of synergy, Connor began attending open mic nights around the town in which Maxwell was living.
The pair serendipitously met, began writing together, and realized an identifiable sound between the two them.
Writing the majority of their tracks on acoustic guitar, they sing every song in unison, a sort of whole-is-greater-than-the-sum-of-parts attitude, which speaks volumes of their close, almost twin-like, friendship.
The first insight into Moby Rich’s unique sound comes in the shape of their 2018 breakout hit, “Yoko Ono,” a melancholy pop banger that combines the euphoria of early MGMT with the laidback beat making of N.E.R.D, which was featured on their debut, Our First EP.
Following an Australian tour with Broods, the duo released their follow up, Our First Second EP, in June 2019, which includes “Oil Spill” and “Sabotage.”
Hot on the heels of a North American tour with Matt Maeson last fall, the duo dropped their empowering anthem, “Loser.”
To get a feel for their music, listen to their hit single “Yoko Ono” ft. Matt Maeson here: https://mobyrich.lnk.to/YokoOno-AcousticPR
For tickets to the upcoming show click here:
Words Naz Massaro