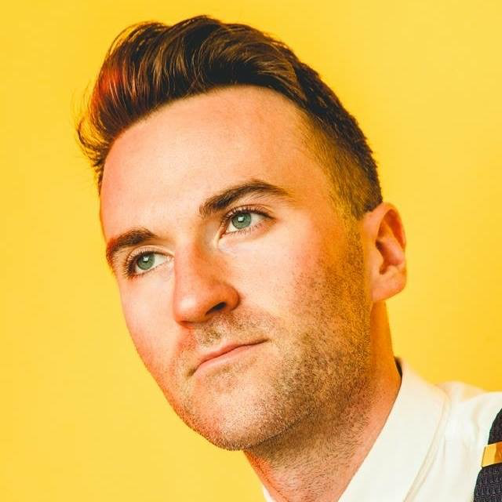 Nyiko, new wave and pop punk artist, producer and Sony/ATV co-publisher, is one seriously creative dude and is here with a remixed version of his dance track ‘In The Middle’.  A neon, post punk homage to a sound I find very familiar indeed.

At first auditory glance ‘In The Middle’, the ‘Midnight Remix’, sounds like a Stone Roses or The Smiths throwback, perhaps mixed with a touch of The Cure and a sprinkle of a more modern synth sound here and there. A chic yet grungy, punk-esque lead bass line and nostalgic indie drums and keyboards manipulate me into believing a voice like that of Ian Curtis is going to sling out a soliloquy or Morrissey’s cathartic tone will tell another northern tale. Instead, I’m met by an American accent, a Californian twang amidst the Manchester doth’d music and neon new waves. I was so very impressed by this journey through indie and punk, almost like witnessing the music travel across years from my nearest City to Los Angles.

‘In The Middle’ tells the tale of literally being stuck in the middle of a difficult personal relationship, by all accounts from listening to the song numerous times now. Although, I get a sense it’s not so much a story of star crossed lovers, more a rub of an inconvenient environment to start an affair at all. And uneasy love, for me, is what post punk and new wave was all about: the apathy of a love filled world killing the possibility of it. Very Ian Curtis indeed.

The separate instrumentation tracks of the song (drums, keys, vocals and bass etc) are beautifully mixed and have obviously been mastered to a nice standard. I’m not quite sure if any analogue mastering went down here but I can definitely hear some warmth in the drums and vocals that only an analogue unit could produce, like an old tape reel or an analogue mixer. But I’m not entirely sure, it could just be the use of some great VST plugins. Either way, the whole piece sounds lush which I usually attribute to less a digital method of recording.

The format of the song displays Nyiko’s great use of musicianship and a strong song writing ability, delivering pre-chorus and bridge sections with key changes and some lovely production techniques that would mostly go unnoticed by the untrained ear, ushering in the main chorus hook in varying ways and double tracking vocals for greater impact. All very cool stuff!

There’s even a classic 80’s pitch shift keyboard hook throughout the whole song, like an old New Order track or some early electro band. Awesome!