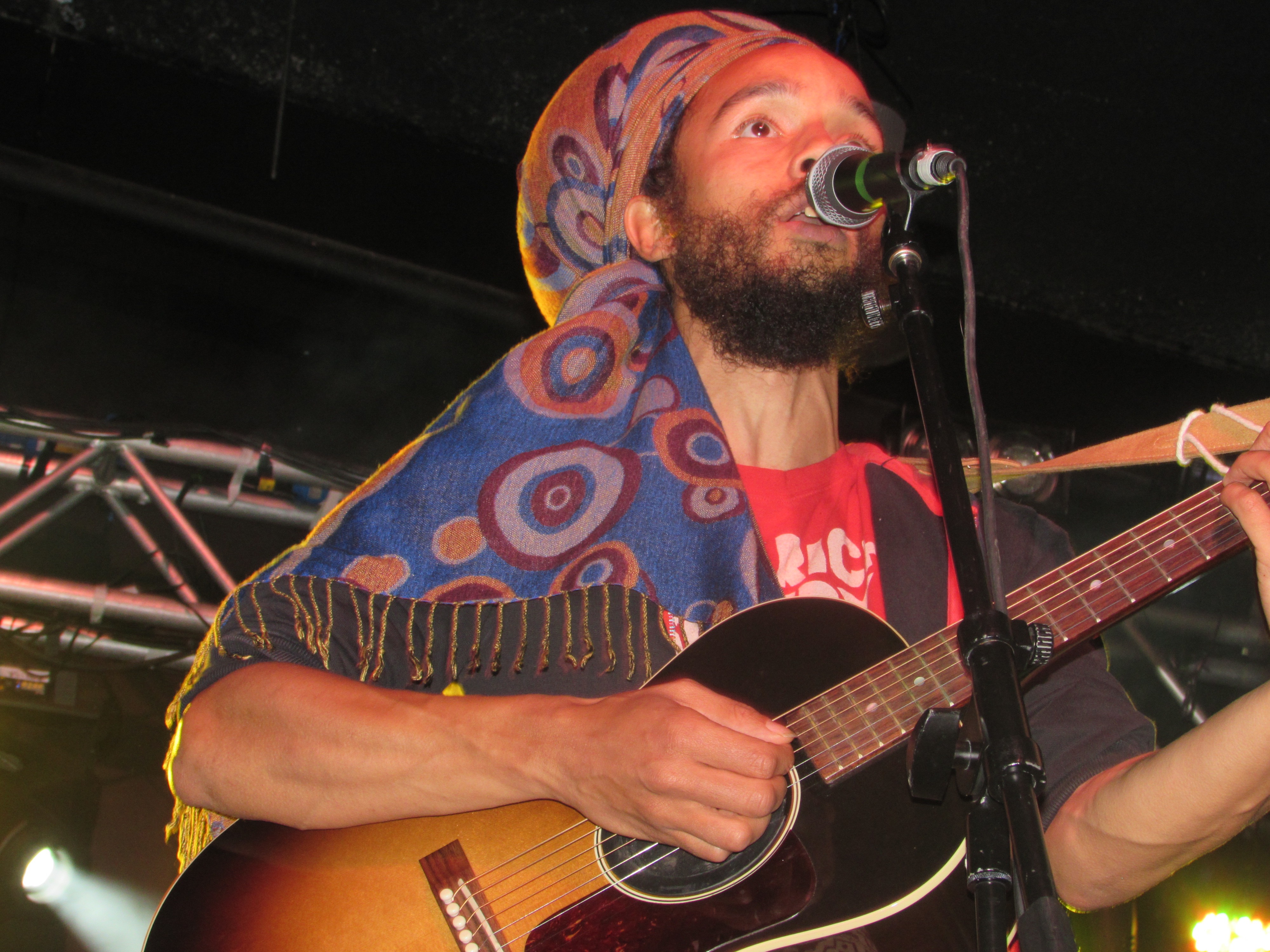 53 degrees is part of the university building and was always filled with incredible bands, recently in my opinion it’s become a lot quieter with places like the Ferret and the Live Music venue taking the limelight.
This time was different, almost like a glimpse in to the past when big bands and artists used to play every week.

The room upstairs was filled with calming vibes and reggae essence. On immediate arrival I saw Natty he was stood by a desk at the back with the rest of the musicians, also known as The Rebelship. It was so surreal to see the no divide between the audience and the artists it was like everyone had become one just for a moment.

Click here to watch each artist on the night!

Dirty Bare Feet were the first to play. They just have so much boundless energy and quirky exciting personalities that just filled the room with their presence.

The individual style with reggae vibrancy just styled to perfection.

Tommy, Liam, Lewis.W, Elliot and Tribello each have such a different style but they all came together as one.

The set was so lively and each and every song continued to express not only their musical talent but pure genius. Tommy incorporated techno music with reggae and the thought process behind it is genius. This band is not afraid to be themselves and show others that.

Lewis expresses himself to the audience lyrically and through his rapping. Elliot and Liam through their musical ability with stringed instruments. Tribello uses his inner rhythm and expresses it through drumming. Tommy sings, plays the jaws harp and the trombone, it just adds a classical music aspect the set. These four elements make up Dirty Bare Feet and are what made the performance memorable and interesting.

Next to play were Jeramiah Ferrari, who were very upbeat and confident. They seemed to have a feel good, indie-pop aspect to their set.

They were immediately talkative to the audience and therefore got a positive reaction out of them. This is a really interesting approach towards a set and makes it very performance based. This works very well for them and the lead singer had a certain cheeky chappie personality that worked the audience cleverly.

You can tell that Jeramiah Ferrari are very serious about their music and have a brilliant approach to mashing up styles, I like their take on reggae music. They are true to the genre but have bursts of other genres within it.

They are a very upbeat band and I thought that their musical ability was reflected heavily throughout the set. I throughly enjoyed the guitar, thanks to Kayed Bouffler and Hanson Pollit on Bass complimented the song, I mean what is a song without Bass? Boring that’s what. The music they created that night just made me want to dance or bob my head.

Ryan Paul Mario Barton on vocals used reverb on the microphones and it’s little things like that, that can either work really well or not. In this scenario it really added an atmospheric vibe that was projected on to the audience. Everyone was moving to their songs.

Stuart Welch on drums had such a concentrated face on the whole night, you could tell he was just feeling the music and enjoying himself. He has a clever drumming technique where he didn’t even seem to be looking at his hands at all. It seemed to be so natural for him.

This band are a bundle of positivity almost like a bright light, like the sun washing over the day. I would happily see them alone for their own set, I’d also be keen to see them play with Dirty Bare Feet again.

When asked how he found playing in Preston…

Last to play were Natty and The Rebelship. I can honestly say I was overwhelmed with the amount of emotion Natty holds in himself. He was able to give so much to the audience. He spoke to them and he didn’t just say hello how are you? , he spoke words of wisdom, genuine words to help others. Speaking happiness and love to everyone.

This iconic singer did not only move me emotionally with music and words, he moved the whole room. Members of the audience were praising him continuously throughout his set.

Something that made me understand how passionate Natty is about his music was that normally when artists say we’re going to have a short break, that’s when you go and get your drinks or nip outside. Natty kept playing an acoustic set, without the rest of the group. He did a good acoustic solo set.  This just made me like his music even more. The fact he stayed behind just to still perform. He looked straight out to the audience and you could hear his guitar even from the back of the room.

After the acoustic set Natty sang  with the rest of the group, each and everyone of the other musicians on stage were so musically gifted. I don’t use the word gifted lightly. The keyboard player even though he was slightly hidden behind a huge speaker you could hear exactly how the songs came together.

He sang Bedroom Eyes and I nearly shed a tear, the whole room felt a powerful overwhelming feeling of peace and tranquility as did I. I was so shocked to hear such a powerful voice from the other vocalist, both voices intertwined and create such a passionate and creative ambiance.

The emotion is really what reggae for Natty is all about there is a spiritual connection that comes through in his music. For each and everyone of these talented individuals I saw that night, I went away from that gig feeling happier in myself and that’s something I believe music should do for you. It’s not just a sound, it’s emotion.