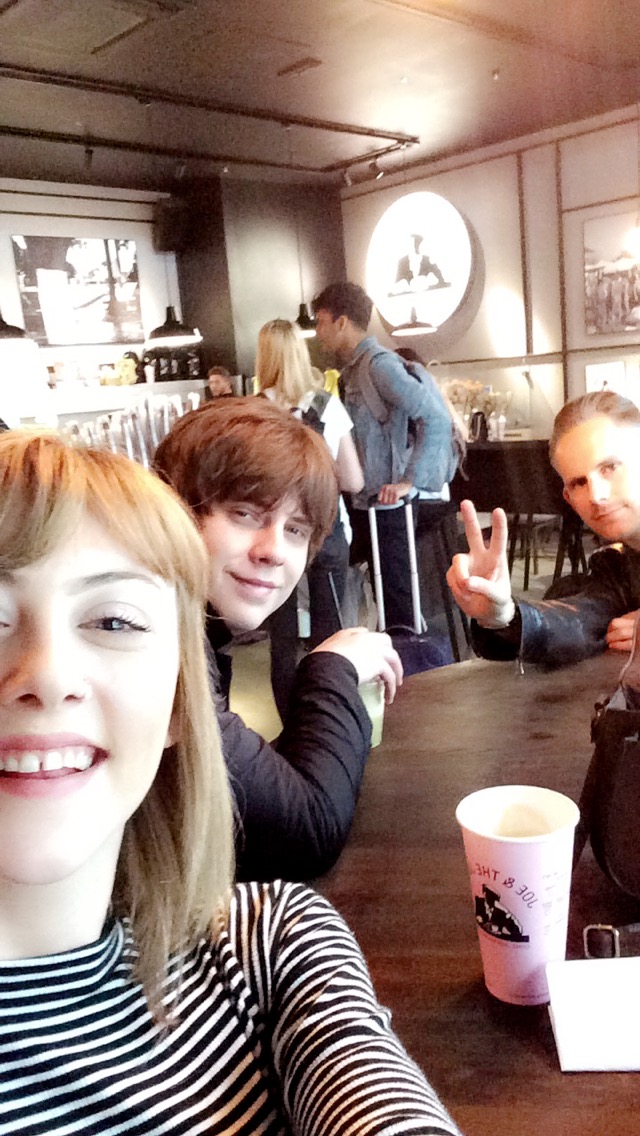 I was just walking around the airport and I decided to go in to JD sports and that is where I suddenly noticed a man who looked rather familiar.

22 year old Jake from Nottingham walked off towards a bar so I thought I’d do the same thing. At first I just decided to play it cool and not approach him incase it wasn’t him. In the end I had to ask. My opening line was “you look an awful lot like Jake Bugg” he replied with “it’s because I am.”

I obviously then had to sit with him and talk to him here’s what was said. He was off to Norway to perform and at 11 am he had to jump on a plane. A busy lifestyle right, his drummer said they just get the call and off they go. Jack (unsure of his last name) originally from Cambridge now a Nottingham guy auditioned to join the Bugg squad and Jake told me how Jack had turned up with a moustache, which had to be shaved off shortly. That made me laugh. I sat there nursing a flat white (I don’t even drink coffee) thinking of what else to ask him. Buggs sister is turning 17 soon, he’s also jetting off to Japan next week. Exclusive there was talk of filming over there ! I don’t know if Jake is a morning person but he did say that a coffee and a cigerette in the morning and he’s good for the day. His new music style change is because he loves being versatile and enjoys creating all different music. His distinctive voice is really what makes it.  He also happily posed for my snapchat story and I had to show the drummer what it is and how it works. He seemed interested  about the app. Jake was also wearing some interesting soft material trainers which I said I liked but he said they were his festival ones. Or maybe he was wearing them because he’s been at a festival it was early in the morning. Jack the drummer had ordered a fruit cold drink for Bugg but after getting it and drinking it for a bit he said ” I thought this was meant to be nice” I was surprised more people didn’t approach him when we sat at a table in Stansted. I also mentioned the song what doesn’t kill you and he told me that they’ve taken it off the set and nobody seems to mind. “It’s not my favourite” He stated. He was going to tell me what music he was in to but I actually interupted him for a picture.

When he got up to leave finally he went for the handshake but I went on for the kiss on the cheek. Very professional of me but it’s Jake Bugg he’s cool ! Plus my Facebook page is a little more interesting. He’s a very down to earth person that actually took the time of day for me and that is something I will always remember and I hope I get to meet you again some day.