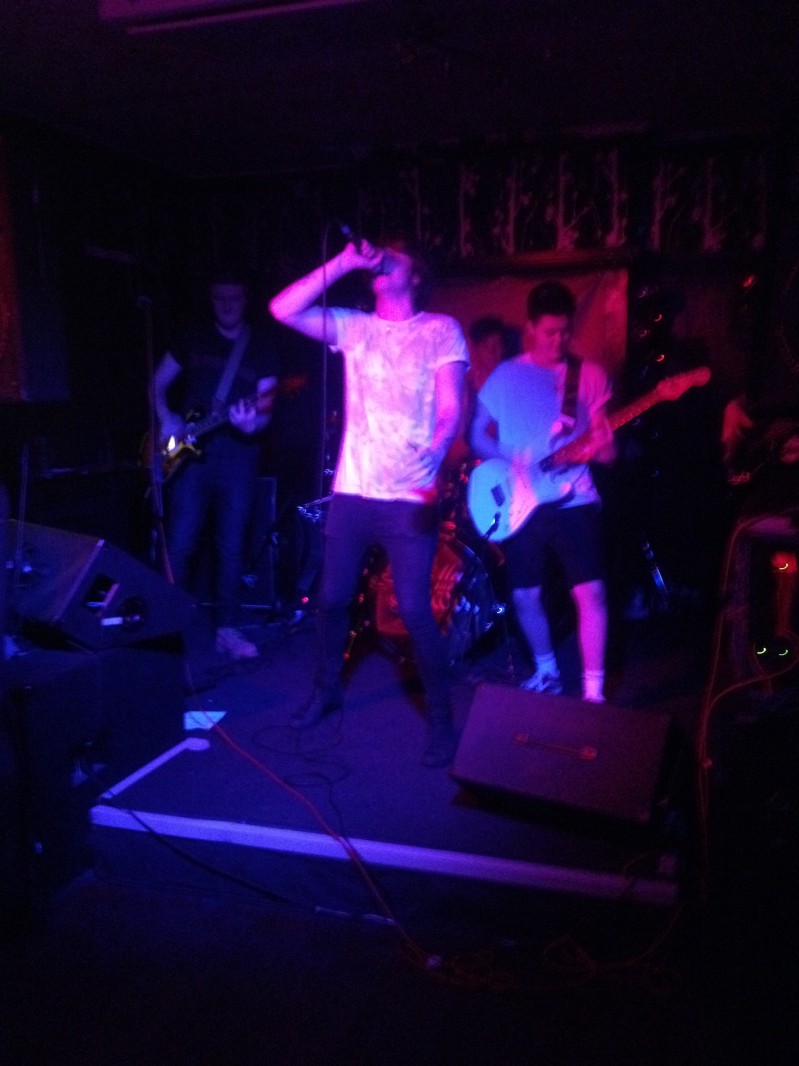 Meet the latest band to play The Cambridge Bands competition
Meet Me at Dawn are a band from Newmarket, who have recently been playing lots of different venues in the Cambridgeshire area. This up and coming rock band consists of Kieran Osborne who is the lead vocalist, guitarists Jake Brown ,Max Cope-Cornell and Ross Shelley-Pilsworth and finally the drummer Ben Harrison.
I have been to see this band at The Corner House, a pub in the Cambridge city centre, I was blown away by the music, it seemed to echo through the pub and not a single audience member was sat down they were all up and dancing.
The band released an E.P to Spotify and iTunes on the 24th of October 2015. The E.P. consists of 6 songs.The first song is called Lies. In an interview with Kieran I asked what the general concept was behind the songs on their first album, he said “The band felt Lies was sort of setting the tone for the general feel of the album, It represents when you’ve been lied to and you’re not sure how to react about something and you’ve got loads of mixed emotions”
The second song to feature on the album is Walls. “The walls are coming down” The lyrics made me relate to when you feel trapped in your mind from feeling unhappy but had then been able to break away from that.
The next song to appear is Era of Illusions and then Death by Life. This was released as a single and is popular amongst the crowd. When I attended the gig, a lot of people crowded near the stage and knew the words to Death By Life. The last two tracks are Dance of the Dammed and Dark Rose.
The band will be playing the Portland Arms in Cambridge on the 26th March 2016 in the Cambridge Band Competition heat 4. If they win they will be going through to the next round for a change to win The Cambridge Band Competition and perform at Strawberry Fair a local festival in Cambridge. This is always a good oppurtunity to gain local press coverage and gain a bigger fan following, along with an exciting day.
They will also be playing Red Lodge Beer and Music Festival on Saturday the 28th May 2016.
The band have an official Tumblr page called meetmeatdawnuk which contains behind the scenes pictures of the band in the recording studio. They also have Facebook page which is found via their title, Meet Me at Dawn. The Facebook page provides updates and links to their music, it also has all the details about the up and coming gigs.
Facebook page: https://www.facebook.com/meetmeatdawnuk/?fref=ts
Tumblr Page: https://www.tumblr.com/search/meet+me+at+dawn+uk